A Brief Look at Penguin 4.0 and What We Can Expect From It 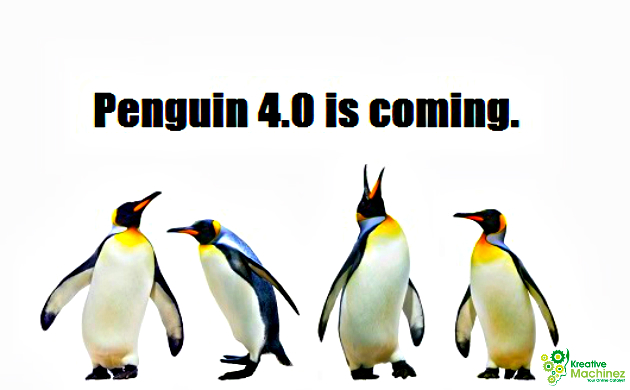 Google is currently all set to release their new update for Penguin algorithm, sometime at the earlier months of 2016. This new algorithm, also known as Penguin 4.0 has already created a lot of buzz among SEO specialists and business firms who suspect that their rankings might get affected by it. Although Google representatives announced previously that Penguin 4.0 would be released sometime during 2015, this was later pushed back for the New Year. However, even though the exact date has not yet been announced, speculations are rife about what we can expect from the new Penguin 4.0.

What can we likely expect from the new Penguin 4.0?

Similar to the other updates of the Penguin algorithm that were released in the past, this new Penguin 4.0 is most likely going to focus on spammy link schemes and general over-optimization strategies. Like the earlier Penguin updates badly affected sites involved in black-hat linking and keyword stuffing, we can expect the same trend to continue with the new update in a much more comprehensive manner.

There is also a possibility of PBNs or Private Blog Networks to get affected by this update. Many websites have been using PBNs for improving their ranking. These websites have been previously affected by manual penalties for dealing in unnatural links. Such manual penalties might increase in the recent times in close association with the update itself.

How to get prepared for the Google Penguin 4.0?

As the updates for Google Penguin 4.0 is going to roll out on a continual basis, the ones who have been penalized by the current algorithm changes are going to have the opportunity to recover from such penalties provided that they carried out the necessary corrections quickly. Nevertheless, it is always a good idea to stay prepared as in that way one can steer clear of the possible damages that might ensue from a Penguin update like this.

Get rid of all the spammy links that point to your site: Make use of all the “Links to Your Site” Webmaster tools that you can find in the Google Search Console for finding and monitoring backlinks that direct to your site. In case you find anything from the foreign websites that seem sketchy, chances are that you can remove them for additional protection. When you do this, make sure to evaluate each and every link individually and try to reach the webmaster of the domain for removing the links before you disavow them.