5 Trends That Will Transform Digital Marketing in 2018 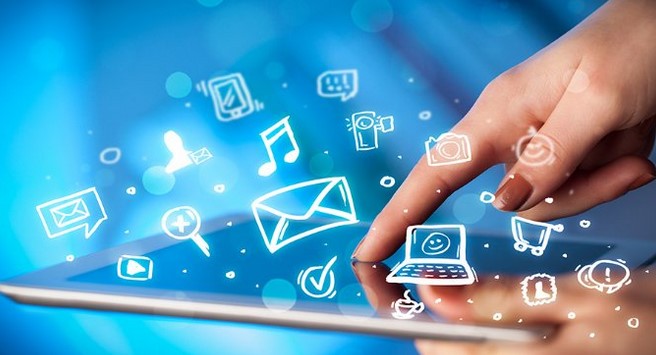 In the digital marketing sphere, the buzz was just as much. Google (unsurprisingly) made major changes in its algorithm. Social media giant Facebook followed its suite with its own multiple News Feed algorithm updates. Resentment against intrusive promotion grew. Instagram finally caught business’ attention. The term “speed” was redefined by Instant Article and AMP. And social influencers played major roles for big and small brands in their marketing efforts.

And if top experts are to be believed, this train isn’t stopping anytime soon. 2018 will be just as much of a rollercoaster, bringing busts, bruises and booms for the digital marketers.

Here are 5 trends that will transform digital marketing next year:

Even with skepticism and cautions from the likes of Stephen Hawking and Elon Musk, the world of Artificial Intelligence is growing by leaps and bounds. So much so, that according to a report, by 2020, 85 percent of customer interactions will be managed without a human.

This ‘ultra smart’ transition is already playing a major role in digital marketing, OK Google, Siri, Cortana, Alexa and now Bixby is slowing homing their relevance in users’ lifestyle, with several reports suggesting that, by 2020, 50 percent of all searches will be voice searches. This has already changed the conventional rules of SEO; lead generation strategy has shifted too, thanks to chatbots.

In 2018, more of the business world will take up AI to boost their returns.

According to Intel, there will be 200 billion internet-connected devices by 2020. Another report on Business Insider predicts that business spending on IoT solutions will touch the $3 trillion mark in the next 4 years.

With this tremendous growth, it isn’t hard to guess and anticipate its impact on digital marketing. Different devices are well integrated with each other, exchanging a ridiculously high amount of data seamlessly. This has paved ways for smart marketers to personalize a brand’s strategy for effective targeting and easy conversion. While this crowd of ‘smart marketers’ is still small, more and more professionals will join this bandwagon in the coming months.

For long, Google AdWords had a hush-monopoly in the online advertisement world. It still is just as dominating. However, in recent times, on a back on major push by the company, Facebook advertisement program has landed in the limelight. A major difference is, while the former one is traditionally believed to be a go-to for high-end companies, the later one has found its appeal among the small and mid-size businesses, thanks to its affordability and simplicity.

2018 can be decisive for these part-time advertisement networks. Both Google and Facebook tout massive user base. It would largely depend on digital marketing agencies how they leverage their advertisement budget efficiently to triumph one of these over other.

According to a survey, 70 percent of individuals want to learn about products through content rather than through traditional advertising; people view native ads more than banner ads. And most importantly, native brands generate 82 percent brand lift.

For long, high competition level on the digital landscape has been rightly hyped across industries. And a large credit for that goes to startups.

While for long the experts have been death-knelling these startups, writing obituaries and fixing dates for the bubble burst, many of them now believe that 2018 could just be “the year”. If that happens, if this startup bubble bursts, which likely seems possible, the competition on the digital scene will drastically drain, leaving only the top and smart brands at the top. This may leave many new and pseudo “best” digital marketing agencies lifeless on pennies. On the other hand, in 2018, we may also see another wave of next-generation companies, putting marketing professionals back in high demand.

These are 5 trends that will transform digital marketing scene in the coming year. And the brands that will fail to keep up with this transition will eventually fail in their goals, eventually perishing.