Mobile-First Indexing Is Upon Us: Is Your Website Ready? 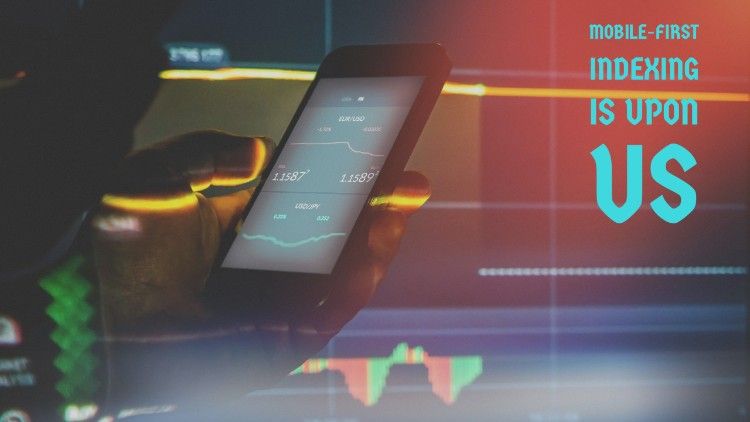 Understand this in a simple example…

Your mobile-version site has fewer information vs. the desktop version. Because you assumed that people don’t have time to access lengthy content on mobile. Plus, light pages would load much quicker on small devices.

Now, Google used to crawl, index and rank your URLs based on the desktop version.

However, with the mobile-first indexing now, Googlebots will crawl, index and rank your URLs based on the mobile version.

So, since the mobile version of your website has less content, your ranking and organic traffic will drop. Because the Googlebots will only get limited information about the URL and your site.

This is one way to look at the mobile-first indexing of Google.

The History… To Present

In 2016, Google first announced that it is experimenting with mobile-first indexing.

At the end of 2017, the search engine announced that it is rolling out the mobile-first indexing.

In March 2018, it said that it’s expanding its update to cover more websites.

Over the months, millions of websites were moved over in the mobile-first infrastructure.

In May 2019, Google made any announcement that any website that’s made after July 1, 2019, will, by default, has mobile-first indexing enabled.

In August 2019, Google’s Senior Webmaster Trends Analyst John Mueller asked webmasters to have patience; their sites would be enabled for mobile-first indexing soon.

Now, at the very present, in March 2020, Google has announced that all sites will be switched to mobile-first indexing by September of this year. It has already moved 70 percent of the sites. The remaining 30 percent will be moved over in the next 6-7 months.

You can check this easily from the Search Console.

Log in to your Google Search Console, click on the Settings page from the navigation bar on the left side.

There you will find the status of your site – whether it has been moved over to mobile-first indexing or not.

If you can’t figure this out yourself, or you need some assistance, approach any good digital marketing company in Mumbai.

In simple terms, Google is now going to primarily focus on the mobile version of your site when ranking it on mobile, as well as on desktop.

Now, with mobile-first indexing, it’s going to prioritize the mobile version of your site even when showing results on desktop.

Last year, we covered this topic in detail – about exactly what is it, how it can affect you, and how you can improve your website.

Also, you can check out Google’s own post on Mobile-First indexing best practices here.

Your website might need changes to capitalize on the mobile-first indexing infrastructure, to rank better, and to get more organic traffic. Get in touch with the top digital marketing agency in Kolkata today.

Audio Version: Mobile-First Indexing Is Upon Us: Is Your Website Ready?